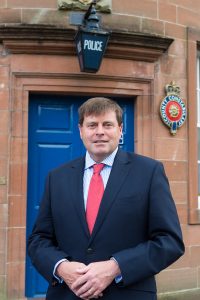 The latest figures released by the Police and Crime Commissioner show that overall crime has remained stable.

Commenting on the latest figures, Cumbria’s Police and Crime Commissioner, Peter McCall said: “I welcome the news that crime figures remain stable over the last 12 months.  Although we are not complacent and even one victim of crime is one victim too many.

“One of the areas that has seen the biggest increase is sexual offences (excluding rape) which has increased by 718 crimes (25%) and it is important that victims have the confidence to come forward and report.  One in four of these crimes are non-recent (historic) and we encourage people to take the very brave step and speak out.  You will be believed and we have specially trained officers to support you.  Victims can contact the dedicated support service The Bridgeway directly.

“Whilst overall ASB has fallen we are not complacent.  I am aware that in the last few weeks there have been a number of localised spikes in ASB and the police have ongoing operations to proactively address them.

“The 101 telephone service continues to be a concern.  There is a rolling programme of improvements being implemented but these are taking time.  I am actively monitoring them to ensure that the service improves.

“I will continue to hold the Chief Constable to account for the force’s performance at my Public Accountability Conferences where I receive regular updates and scrutinise how the Constabulary are addressing the changing nature of crime.

“Overall, these latest figures demonstrate the high-level of support the police in Cumbria receive from you and the quality service they deliver in return, in the face of increasing demand and the challenges surrounding extremism.  It is only by us all working together we will keep us all safe.”

Temporary Assistant Chief Constable Sean Robinson said: “I welcome the review of our 2016 / 17 performance figures, which show that Cumbria continues to have low levels of crime and anti-social behaviour. It is encouraging to see overall crime levels remaining static, and a reduction in a significant number of crime types.

“These statistics reflect the continued hard work that Cumbria Constabulary undertakes with partners to keep people, particularly those most vulnerable, safe.

“In line with the national trend, Cumbria has seen rises in reports of rape and other sexual offences. These are typically under-reported crimes and a lot of work has been done to encourage victims to come forward. It is positive to see that people are gaining confidence to report these crimes, and that they now benefit from the services available at The Bridgeway.

“Our priority is, and will continue to be, to keep people safe. Following recent tragic events in Manchester and London, it is even more important the communities help us to do this. Throughout the summer we will continue with increased reassurance patrols in our communities and at public events.  I would ask members of the public to remain vigilant and to let us know if they have any doubts or suspicions.

“By working together we can continue to tackle crime and anti-social behaviour, and keep the county a safe place to live, work and visit.”

The Public Accountability Conference will be on Wednesday 14 June at Police HQ, Carleton Hall, Penrith starting at 10am.

Further information or to arrange an interview please contact:

Gill Shearer, Cumbria Office of the Police and Crime Commissioner

or to arrange an interview with TACC Robinson call – 0330 124 0900 and press.office@cumbria.police.uk