Safer Cumbria have hosted an event on Tuesday 21 January providing agencies in Cumbria with modern slavery awareness and process training. Safer Cumbria is a multi-agency partnership where Criminal Justice and Community Safety leads work together to co-ordinate their activities to deliver an effective criminal justice and community safety system. Safer Cumbria is supported by the Police and Crime Commissioner of Cumbria, Peter McCall.

Modern slavery is defined by vulnerable people, often immigrants who come to the UK on the promise of a better life, being forced in to working long hours, on less than minimum wage in unsuitable working conditions.

Hope for Justice, a charity that aims to ‘bring an end to modern slavery by preventing exploitation, rescuing victims, restoring lives and reforming society’, provided the training session from funding granted to Safer Cumbria from the Modern Slavery Police Transformation Unit. Attendees were given awareness training around modern slavery and how to handle the process of helping a victim.

Police and Crime Commissioner for Cumbria, Peter McCall, said: “Most of us think of slavery as a practice left in history however this is not the case.

“Vulnerable people who are looking for a better life are being exploited by criminals to work in horrendous conditions for little to no money and are being excluded from the society.

“This is the most despicable exploitation of people at their most vulnerable and there is no place for it here in Cumbria.

“This training is essential for all agencies that may come in to contact with these victims as they have often been taught to fear authorities by their exploiters.

“I applaud this training and I am sure it will benefit those who have received it as well as the victims.”

“I really appreciate the interest from our partners in attending this event and the funding we have received in order to deliver it.” 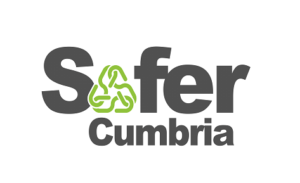