Have your say in Cumbria’s Fire Governance Consultation

In July 2021, the UK Government announced that Cumbria would be divided in to two unitary authorities from April 2023, replacing the current arrangement of the six district councils and the overarching County Council.

An outcome of this change is that the governance responsibility of Cumbria Fire and Rescue Service (CFRS) needs to change as it currently sits with Cumbria County Council which will no longer exist as of 1 April 2023.

With the knowledge that Cumbria Fire and Rescue Service’s governance needed to be relocated, Cumbria’s Police and Crime Commissioner, Peter McCall, has developed a business case to review two, viable options for the transference of governance available in Cumbria:

As part of the business case, Peter McCall is calling on the public to provide their views on where they believe Fire Governance should sit by launching a public consultation: [Consultation Link]

The business case will be finalised and submitted to the Home Secretary, who will decide who will be responsible for the governance of Cumbria Fire and Rescue Service.

Speaking on the business case, PCC Peter McCall, said: “I have always believed that strong, collaborative working amongst the Blue Light services provides a better service to the public.

“Following the announcement that Cumbria will be divided in to two new unitary local authorities, I have developed a business case, utilising an independent consultancy company, BearingPoint, to review which option of governance transfer provides the best outcome for the residents and services of Cumbria.

“The business case has highlighted that a Police, Fire and Crime Commissioner (PFCC) is the most cost effective option with a more streamlined decision-making process and will strengthen our collaborative working with Fire.

“I believe that having joint governance over both organisations can help develop even stronger collaboration.

“Although the case shows that a PFCC is the way forward, as part of my business case that will be submitted and considered by the Home Secretary, I want to hear the thoughts of the public on which of the two options they believe is more beneficial for Cumbria.

“I want to assure the public that, if this business case is successful and approved by the Home Secretary, that all operational responsibilities remain with the Chief Fire Officer and that the two organisations will remain separate as will their budgets.

“Cumbria Constabulary and Cumbria Fire and Rescue Service work tirelessly to keep the public safe and I can assure the public that, no matter where the governance for fire sits, this will not change.

“The governance responsibility is the only area of business that will be transferred to my office.

“This business case is all about setting the scene and, out of the options available, identifying which provides the best outcome for the services and public – there are still many months of work ahead of us.

“More information about the business case and other informative documents can be found on my website at www.cumbria-pcc.gov.uk/firegovernance.

“The survey only takes a couple of minutes; I am asking anyone with a spare moment to share their views.

“The Police and Fire Service have a long history of collaborating to provide the best service possible to keep the public safe and, no matter the outcome, this will always be the priority.”

Cumbria’s Chief Fire Officer, John Beard, added: “It is important that the PCC hears the views of the people of Cumbria and Cumbria Fire and Rescue Service’s staff and key partners before any final decisions are made.

“So I’d encourage you to take a look at the consultation material and give your views and feedback.

“To reiterate, what we do will not change.

“This is a proposal to the change of governance of Cumbria Fire and Rescue Service and we will continue to serve and protect our communities in the same way as we do now.”

Anyone interested in the consultation can fill in the survey at www.cumbria-pcc.gov.uk/firegovernance from March 26th or contact the PCC’s office for more information at 01768 217734 or commissioner@cumbria.police.uk 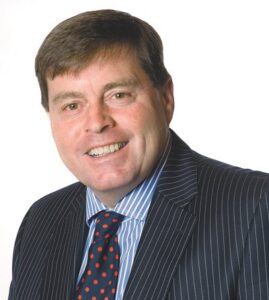