Cumbria’s Police and Crime Commissioner (PCC), Peter McCall is raising awareness of Pathways, an early intervention scheme that identifies the root cause of offending as a method of preventing reoffending, and the successes of the programme in the first nine months since it launched.

Pathways changes how the criminal justice system in Cumbria can deal with some lower-level offending, including being drunk and disorderly, theft and vandalism. Funded by the PCC and delivered in partnership with Remedi and Cumbria Constabulary, the programme aims to both listen to the wishes of victims and prevent offenders returning to crime, after they have faced consequences for their actions.

Since the start of the project, 291 people have been referred to Pathways, and of those that have successfully completed the programme to date, only 14 have returned to offending.

Offenders fed back to the Pathways support workers that: ‘being arrested was a blessing in disguise, as I’ve finally got the support that I need. It’s great to be given a second chance and to have someone to talk to about things.’ Another offender comments: ‘I feel better, as you get help with what you’ve done, as opposed to a penalty where you don’t address and reflect on the issues you’ve caused.’

Peter McCall comments: “This early intervention programme helps offenders of lower-level crime to address the root causes of their behaviour, consider support services available to them and change their ways.

“On completion of the Pathways scheme, if the offender has completed the strict conditions set, they will not receive a police caution or charge to court.

“Any programme that takes into account the wishes of victims and the best way of getting offenders to stay crime-free in the future, can only be a good thing.”

Chief Inspector Jon Sherlock said: “We are still in the relatively early days of Pathways – but the feedback we have received is positive, as are the results so far. That in turn helps to achieve our ultimate aim of keeping people safe.

“This is a scheme that is tailored to the individual circumstances of the case and those involved.

“What is worth stressing is it will often be harder for the offender to complete this scheme than to take a simple caution for the offence or pay a fixed penalty notice, neither of which give the offender the opportunity to rehabilitate.

“Taking responsibility for your actions is much tougher than simply paying a fine.  Pathways gives individuals the personal responsibility to turn their lives around and to enable them to remove themselves from the offending cycle.

“We are greatly encouraged by the results so far and I thank all those who have worked hard to implement this and get it in place.”

David Bates, manager of the Pathways Support workers from Remedi comments: “Our team at Remedi work closely with offenders, helping them to address behaviors that were contributing factors in the lead up to the crimes they committed.

“An important part of the Pathways programme is supporting and understanding from a victim’s perspective, how the incident impacted upon them personally, and to then build empathy and remorse within offenders. All of which helps to reduce the associated risks of future reoffending and importantly, can give victims closure.” 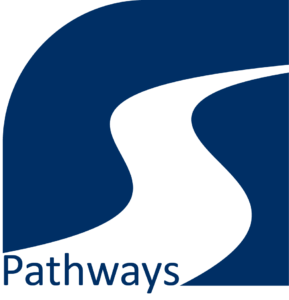