Rural crime is one of the key policing priorities for Cumbria Constabulary as set by the Police and Crime Plan. To tackle rural crime, Cumbria Police work with other forces to target criminals during key initiatives throughout the year with Operation Lantern as the codename for dedicated operations to target multiple types of rural crime in Cumbria. Another key initiative, Operation Hawkeye, sees Cumbria Constabulary continuously working with nine other police forces to share intelligence on organised rural crime gangs across borders.

In 2022, as a result of Operation Lantern, three stolen quad bikes have been recovered and one vehicle was seized relating to a quad bike theft. Three people were arrested in an oil drum theft investigation and a further three were arrested during targeted action in rural communities for drug-related offences. A man was charged and jailed for nine breaches of his Serious Crime Prevention Order with multiple of his breaches being rural crime related. Cumbria Police were able to retrieve and return property to rural residents and business owners worth thousands of pounds, following targeted investigations and multiple operations.

The Constabulary using cutting edge technology to help deter crime and assist in investigations. Mobile Automatic Number Plate Recognition (ANPR) cameras have helped with offenders being located, stolen property returned to the owner and has assisted in tracing vulnerable people within rural settings. The counties wide network of CCTV cameras helps to deter criminals and provide evidence in criminal investigations.

Working with partners agencies, such as Young Farmers and NFU, provides the Constabulary with close contacts in rural communities to help take positive action, educate residents, and share information on rural issues.

Prevention is a key component of Operation Lantern with continuous awareness raising on security and personal safety. Officers also visit farms and homes in rural settings, that have already been targeted by criminals, to carry out crime prevention assessments to help owners decrease their chances of being re-targeted.

Cumbria’s Police and Crime Commissioner, Peter McCall, said: “Cumbria is one of the most rural counties in the country therefore it is imperative that we have a strong approach to preventing and tackling rural crime.

“Our rural communities know far more about their areas than anyone else, so it is important that the Police work with farmers, residents and other agricultural businesses to learn more about what crimes affect them, how we work together to prevent crime and what we can do to reduce crime in the future.

“The recent Operation Checkpoint, that focuses on stop and searches of vehicles in rural areas, saw Cumbria Police work with officers from Northumbria Police, Durham Constabulary, North Yorkshire Police, Police Scotland and volunteers from Farmwatch.  During the operation, 39 vehicles were stopped, and an individual was arrested on suspicious of being in possession of cannabis.

“Operations and arrests such as these are just a snapshot of the continuous work being done by officers in Cumbria to tackle rural crime.

“The Police are doing a fantastic job to help deter criminals in rural settings and helping victims of rural crime decrease their chances of being re-targeted.

“However, these officers really do need the help of the public.

“I would urge anyone who spots anything suspicious to call the Police on 101 or 999 in an emergency.

“Together we can make Cumbria an even safer place to live, work and visit.”

Cumbria Constabulary’s Rural Crime Lead, Chief Inspector Lee Skelton said: “The expansion of Operation Lantern will further enhance our response to rural crime and the support provided to those individuals and communities who have been affected.

“Working with farming communities and our partner agencies, we see first-hand the wide-reaching, negative impact crime has on farmers and our communities. It is a priority for us stop those responsible.

“We work closely with other police agencies, partner agencies, charities and volunteers, to ensure we have that first-hand knowledge of localised criminal activity.

“This intelligence allows us to plan regular and more targeted activity to disrupt the criminals. I would like to thank rural communities for their diligence and support in providing this information.

“We also work closely with victims of rural crime, carrying out Crime Prevention assessment visits at farms and assisting with Target Hardening opportunities from our findings.

“We are committed to making the county the most hostile environment possible for offenders targeting rural communities and businesses. We will utilise every possible power available in our arsenal to stop them and their offending, including looking at all criminal and civil offences to support our disruption activity.

“The message is clear, Cumbria is not a soft touch, do not come here to commit crime.”

To find out more about what Cumbria Police are doing to tackle rural crime, including initiatives, partnership working and investigation visit https://www.cumbria.police.uk/ and search for ‘rural’.

Cumbria is the third largest county in England with circa half of the population living in a rural setting. Over 12,000 residents are employed in the agricultural industry across the county with thousands more involved in supply chains, logistics and shop sales.

WHAT SERVICES ARE AVAILABLE?

If you have been the victim of a crime, visit Cumbria – Victim Support. Victim support can offer support and access to a range of free, local support services.

HOW DO I REPORT TO POLICE?

If you wish to report to police you can do so online at www.cumbria.police.uk/report-it

Always phone 999 in an emergency or if a crime is in progress. 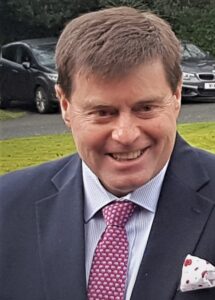 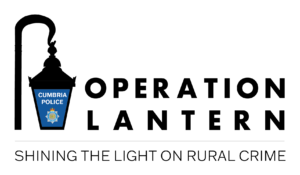