PCC joins the call to action for International Women’s Day

International Women’s Day celebrates social, economic and cultural achievements of women and asks for people to call out any gender assumptions they may witness, and challenge discrimination, stereotypes and any form of bias. Whether deliberate or unconscious, bias makes it difficult for women’s gender equality to move on, knowing that bias exists isn’t enough, action is needed.

Peter McCall comments: “We are all responsible for our own thoughts and actions, and together we can work towards a world free of bias, stereotypes and discrimination of women.

“Women’s International Day provides an important opportunity for everyone to think carefully about gender equality.

“We all deserve to be treated the same and by asking people to think about gender bias, we can raise awareness and help people to learn and change.”

Detective Superintendent Jenny Beattie, Cumbria Constabulary, said: “International Women’s Day is an opportunity to celebrate the achievements women have made across society. It is also an opportunity to highlight the work which needs to be done to ensure we create an environment where there is true equality.

“Cumbria Constabulary is an inclusive organisation which celebrates the achievements of women and places no barrier on any person due to any personal characteristic, including gender. Throughout this week, to mark International Women’s Day, we will be hosting a series of virtual guest speaker events for our staff to learn more about the work being conducted across public sector organisations to break down barriers and eliminate gender bias.

“No person should ever be subject of discrimination, stereotyping or any form of bias. I hope that everyone takes this opportunity to do what they can to ensure they contribute towards equality within our society.” 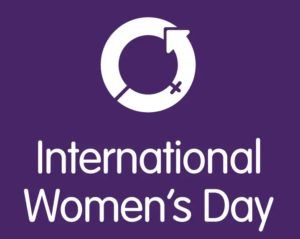