Police and Crime Commissioner puts the brake on speeding

Speeding is one of the biggest killers on Cumbrian roads. Over the past 12 months, 26 people were killed in road traffic collisions with 1,507 more being injured.

Although the number of collisions on Cumbrian roads has decreased from the year before, Peter McCall, Police and Crime Commissioner, and the Cumbria Constabulary are focusing on reducing dangerous driving and educating all drivers on the consequences of speeding.

The focus on prevention aims to teach the public the possible charges faced if caught speeding and how speeding and losing control of a vehicle can negatively affect lives.

Peter McCall, Police and Crime Commissioner, said: “Speeding is a major issue consistently raised with me by the public and is an issue that we all have a responsibility to address.

“A large percentage of our roads here in Cumbria are made up of rural, narrow roads which often hold blind corners – these roads should be driven on with caution but some drivers become over confident and with excess speed, that’s when accidents happen.

“We have speed cameras and speed vans operating right across the county at any one time and the police do their best to catch and penalise speeding drivers but this is a problem that society as a whole needs to help reduce.

“Every single one of us must be responsible for our own actions when we get behind the wheel of a car or motor vehicle.

“We need to work together to educate drivers of all ages to stick to speed limits, why speed limits are in place and the, sometimes fatal, consequences of speeding and adhere to the laws set in place.

“There is nothing that is worth putting your life at risk when behind the wheel of a vehicle. Pay attention, get to your destination safely and look out for the speed limits, the police will enforce speed limits but far better that we all apply take responsibility ourselves for the sake of all road users.”

Inspector Steve Minnikin from the Mobile Support Group said:  “The constabulary will continue to carry out actions against those driving dangerously across the county and measures are being put in place to stop them.

“By identifying and targeting these dangerous drivers we can help those who show a desire to do so, change their on-road behaviour for the better. Other drivers who cannot see the error of their ways and the risk they pose to themselves and others will be prosecuted for offences and brought before the courts.

“Since the operation started in June 2019 we have identified a number of individuals who are risk on our roads this had led to identification of eight high risk drivers and eleven medium risk which can include those who persistently display a willingness to drive whilst under the influence of drink or drugs and those who use their vehicles for criminality, including attempting to evade police officers.

“We also identified fourteen low-risk individuals who are prime candidates for intervention such as new drivers starting to show concerning driver behaviour. Some of these drivers will be visited by officers, receive letters from the Constabulary or could receive a Traffic Offence Report (TOR).

“Since the launch of dreadnought the following have been issued:

“10 x Warning letters have been issued​

13 x Drivers have been arrested ​

1 x offender dealt with via a Traffic Offence report​

5 x reported for summons to go to court​

2 x have had vehicles seized for no licence and / or no insurance.​

“In court, six individuals have been disqualified from driving and three are awaiting trial.

“Our officers will be taking a proactive approach to these issues, including increased evidence gathering through numerous methods, roadside drugs and alcohol testing.

“Every road user should be able to feel safe throughout the county. By taking a targeted, intelligence-led approach, I am confident Operation Dreadnought will result in improved road safety throughout Cumbria.”

Find the video of the Police and Crime Commissioner addressing speeding here: https://www.facebook.com/CumbriaPCC/videos/484803005631236/ 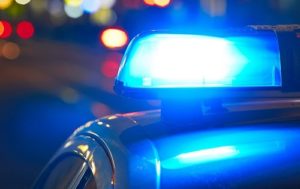