The Bridgeway, a sexual violence service in Cumbria, celebrated its fourth birthday on Tuesday 4 February. The Bridgeway, is a multi-partnered agency that is made up of the Sexual Abuse Referral Centre, Victim Support, Birchall Trust and Safety Net which all support victims of sexual violence.

Since it’s opening in December 2015, the Bridgeway have received 1,021 referrals of sexual violence and rape. In 2019, the service offered 159 physical examinations to victims with 63% of cases being referred by the Police.

The celebrations took place at Barrow Football Stadium with attendees being able to ‘walk through’ all the services. The aim of the event was to raise awareness about what each service does for victims of sexual assault in Cumbria and discredit the myths of sexual assault.

The agencies are supported by various organisations financially, including Cumbria’s Police and Crime Commissioner, Peter McCall, who attended the event: “It’s incredible to see how these services have helped victims in Cumbria to move forward, cope and take steps towards recovery.

“Sexual violence is a horrendous act that no one should face but thanks to these services those who have been abused do not have to face it alone.

“Whilst the numbers of referrals are increasing, which can be seen as a negative, it actually shows that more people are comfortable reporting these crimes and are seeking help, both in dealing with the trauma of the offence but also with a view of taking action against the perpetrator.

“I would always encourage anyone who has suffered from sexual violence to contact the police however if you want help without police involvement please contact The Bridgeway on 0808 118 6432.”

Donna Cardell, Manager of The Bridgeway, said: “The Bridgeway consists of a forensic service, Independent Sexual Violence Advisor service and counselling and therapeutic services that all work together to help a client who has been raped or sexually assaulted to recover.

“We have developed a gold standard of service that was never available to the people of Cumbria before and we aim to keep the high standard of care.” 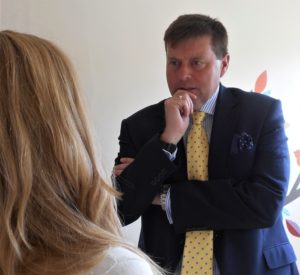