What is the Out of Court Disposal Panel?

Cumbria ‘Out of Court Disposal Scrutiny Panel’ was established in 2013 and is chaired by Office of Police and Crime Commissioner. The intention of the panel is to provide transparency and accountability and to increase the public’s understanding, confidence and trust in how the Constabulary uses Out of Court Disposals, with particular focus on the delivery of appropriate and proportionate Justice.

The purpose of the Scrutiny Panel is to independently review a selection of anonymised cases that have been resolved by use of an out of court disposal. The scrutiny panel has no referral or appeals capability and is not intended to re-judge cases. It will assess the relevant processes, interactions and decisions to identify any areas for development and continuous organisational learning.

Out of Court Disposals allow the police to deal quickly and proportionately with low level, often first time offending which can be appropriately resolved without a prosecution at court. Delivered ethically, effectively, to the right people and in the right circumstances they provide swift and meaningful justice for victims, hold offenders accountable for their actions and reduce re-offending. The aim of the panel is to determine whether the method of disposal is considered appropriate, based on a review of the information/evidence available to the decision maker at the time. The panel will consider the offence category and severity of offence, evidence present at the time of disposal and rationale in officer’s decision making process and whether decisions were victim focused. 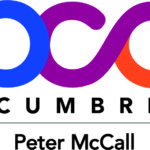 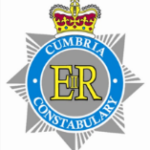 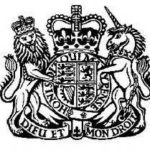 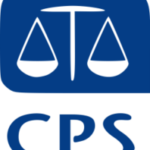 How are cases selected?

Currently cases are selected by two members of the Out of Court Disposal Panel, a member of Cumbria Constabulary and overseen by the Office of Police and Crime Commissioners. This ensures transparency, maintains public confidence and allows the system to have credibility in Cumbria Constabulary’s desire to be open and accountable.

What types of Out of Court Disposals are available?

A simple caution is a non-statutory disposal for adult offenders designed for circumstances where it is in the public interest not to prosecute but, instead to issue a formal warning.

In order for a simple caution to be issued there must be:

A simple caution is not a criminal conviction. It is, however, an admission of guilt and forms part of an offender’s criminal record. If a caution is administered it will be retained in line with relevant legislation.

A conditional caution is a statutory disposal introduced by the Criminal Justice Act 2003. It provides an opportunity to achieve an early positive response to offending behaviour for those offenders willing to admit their offending and comply with certain conditions.

The aims of the conditional cautioning scheme are to:

Any adult or youth can received a community resolutions but the following neds to be taken into consideration:

Cumbria Constabulary considers the most appropriate offences for community resolutions are likely to be:

This promotes a more victim-orientated approach, focused on providing a better service to the victim of crime and the potential for engaging them in the process.

The process empowers victims by giving them a voice. It also holds offenders to account for what they have done and helps them to take responsibility and make amends.

A youth caution is a non-statutory disposal for youth offenders; they are used where it is in the public interest not to prosecute. Youth Cautions can only be issued to offenders between 10 and 17 years of age.

A youth conditional caution is a statutory disposal for youth offenders introduced by Legal Aid, Punishment and Sentencing of Offenders Act 2012. They are caution with conditions attached and can be used where it is in the public interest not to prosecute.

In order for a youth conditional caution to be issued the following must be achieved:

A Penalty Notice for Disorder (PND) is a statutory disposal introduced by the Criminal Justice and Police Act 2001. The scheme provides an alternative means by which officers can effectively deal with low level crime, without the offender needing to appear before Magistrates Court.

In order for a penalty notice to be issued there must be:

PNDs may only be issued for the following offences: